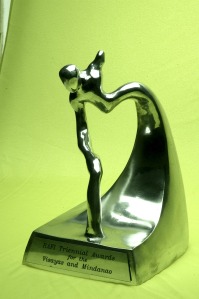 Anyone can nominate individuals or institutions by filling out and submitting a short nomination form at all 2GO offices in the Visayas and Mindanao.

Nomination form can also be downloaded from the RAFI website. The deadline of nomination is on July 16, 2010.

The RAFI Triennial Awards recognizes individuals and institutions who have committed themselves to build a more humane, equitable and caring society. It honors those who become instrument in changing the lives of the less-privileged, reflect the philanthropic, humanitarian and holistic ideals and values of the RAFI founders, Don Ramon Aboitiz and his son Don Eduardo Aboitiz.

Roberto E. Aboitiz, in his message, lamented on the recent events in Maguindanao but was very optimistic by saying, despite the apathy and indifference of some people, we have lot of good work taking place in our country. Roberto E. Aboitiz is the president of the Ramon Aboitiz Foundation.

Roberto Aboitiz added that through the Triennial Awards, RAFI will be able to promote the circle of ‘thinkers and doers of good’.

The Triennial Awards started since 1996 to commemorate the 30th anniversary of the founding of RAFI in 1966.

Here is the complete list of Triennial Awards laureate:

The next laureate will be the one you have nominated. Be a hero and nominate an unsung hero in your community who has affected positive change.